In chemical peptide synthesis, cyclizations require various procedures more or less complex. Peptides are first synthesized as linear form before being cyclized. Peptides can be cyclized through different approaches.

This covalent link occurs between thiols of 2 cysteins. Disulfide bridges are natural modifications that form highly structured peptides and are generally mandatory for the biological function of the peptides. As example, peptides present in animal venoms, some AMP, … contain multiple disulfide bridged peptides. Obtaining correctly folded peptides when starting from a linear synthetic peptides require an expertise in the folding, analytical technics and purification of each isomers.

There are several cases commonly encountered: 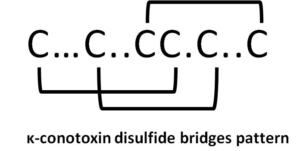 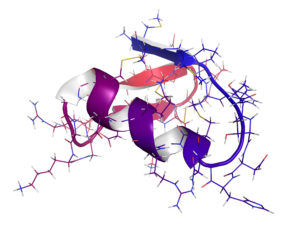 This cyclization consists in forming an amide bond between the C-terminus with the N-terminus. It has been demonstrated to improve the oral stability of certain therapeutic peptides without affecting their biological activity. 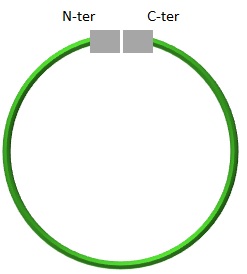 Other cyclizations are also known such as amide bonds between the side chains of Lys with the carboxy side chains of Asp and Glu, thio-ether bonds as found in Lantibiotics, stapled peptides, CLIPS…

sb-PEPTIDE has an extensive expertise in peptide folding as well as modification of folded peptides (fluorescent or biotin labeling for example). Contact us to discuss about the cyclic peptide you wish to produce.