SB-PEPTIDE offers the synthesis of immunogenic and branched peptides . SB-PEPTIDE can produce branched peptide on lysine backbones or dendrimers as well as conjugation to carrier proteins (BSA / KLH / OVA / CRM…).

Immunogenic and branched peptides may contain a conjugate molecule. Indeed, conjugation to large carrier proteins such as KLH, BSA or OVA improves the immunogenicity of low antigenic peptides.
It is recommended to conjugate a peptide via one of its extremity (N-ter or C-ter) making accessible the whole sequence. The conjugation of peptides to a carrier protein is usually performed by two procedures.

The peptide must have a free thiol available (cysteine). It will be conjugated to a maleimide activated carrier protein (KLH / BSA / OVA / CRM197…). A cysteine is usually incorporated to the peptide during synthesis at N-ter or C-ter. This conjugation procedure is simple and efficient. Its limitation is the presence of intra-chain cysteines because they will also be able to react with the carrier protein.

SB-PEPTIDE expertise in conjugation for immunogenic and branched peptides

SB-PEPTIDE can perform these 2 conjugation procedures in routine and has specific procedures to overcome their limitations. We are able to find a solution in most of special cases. SB-PEPTIDE can use different crosslinkers to allow the evaluation of the specificity of the response.
After conjugation, each conjugate is dialyzed to eliminate free peptides. Conjugates can be prepared as lyophilized powder or in solution (routinely in PBS) according to client’s request.
In addition, SB-PEPTIDE is also able to conjugate non-peptidic material to carrier proteins such as lipids, oligo, other chemicals.
Various quality controls are available such as gel migration, SEC-HPLC, MALDI, colorimetric measurement…
Each project is different, contact us to find the appropriate solution. 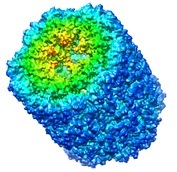 Keyhole Limpet Hemocyanin (KLH) is a large metalloprotein, which is found in the hemolymph of the giant keyhole limpet, Megathura crenulata.

Multiple antigenic peptides (MAPs) are a part of immunogenic and branched peptides family. MAPs are branched peptides generally presenting 4, 8 and 16 copies of a peptide on a lysine backbone. SB-PEPTIDE is also able to perform more complex branched peptide including branches with different sequences, labeling with fluorescent dyes or biotin…

Dendrimer conjugated peptides are a part of immunogenic and branched peptides. Peptides can be conjugated to a dendrimer made of a multimeric core which will present multipe copies of a peptide. Various dendrimers can be used to present from 6 peptide copies to more than 96.

SB-PEPTIDE is highly concerned by the peptide pool solubility and ensures the best possible preparation to succeed in having a robust and reproducible solubility. 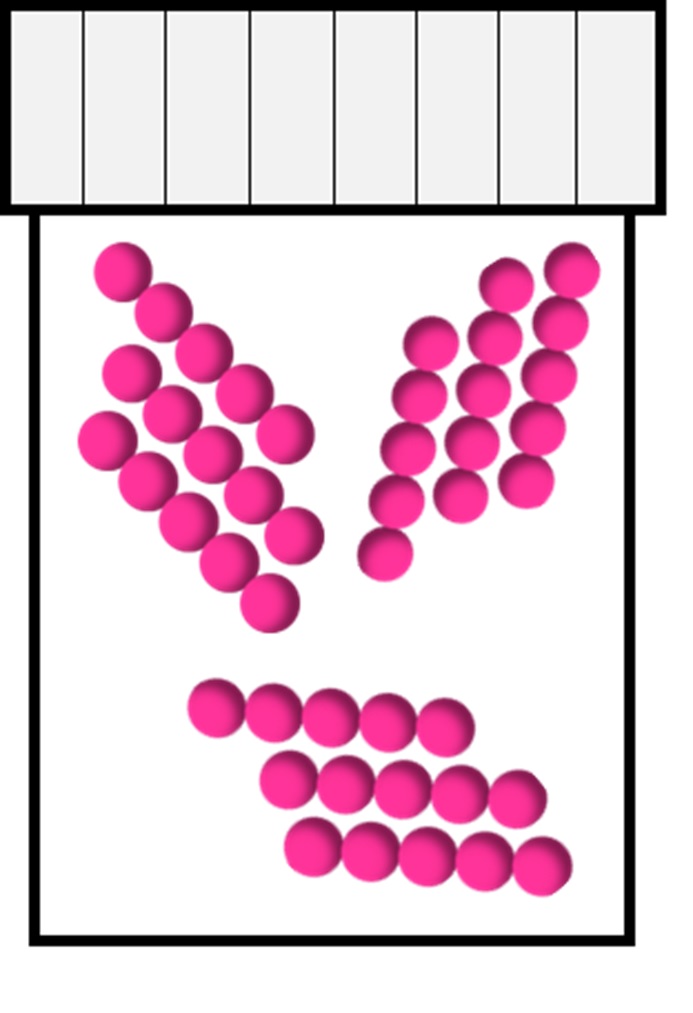 Discover our range of catalog products

Branched peptide amphiphile (PA) molecules bearing biological epitopes were designed and synthesized using orthogonal protecting group chemistry on amine groups at lysine residues. These molecules self-assemble into high-aspect-ratio cylindrical nanofibers, and their branched architecture enhances accessibility of epitopes for protein binding and also allows the presentation of more than one epitope in a single molecule. The RGDS cell adhesion epitope was used as a model bioactive signal on PA molecules for potential biomedical applications. Aggregation of the branched PA molecules into nanofibers was demonstrated by TEM and through shifts in the protonation profiles of peripheral amines. These systems also formed self-supporting gels in the presence of physiological fluids and other biologically relevant macromolecules such as synovial fluid and DNA, an important property for their potential use in medicine. Fluorescence anisotropy measurements on the PAs with tryptophan residues were performed to examine the effect of branching on packing and mobility of the peptides in the self-assembled nanofibers. The mobility of tryptophan residues was observed to be restricted upon packing of PA molecules into nanofibers. However, relative to linear analogues, branched molecules retain more mobility in the supramolecular aggregates.

A branched peptide amphiphile system was designed for enhanced recognition of biotin on nanofibers formed by self-assembly of these molecules. Branching at a lysine residue was used to design peptide amphiphiles that are capable of presenting more than one epitope per molecule. We found that biotinylated branched structures form nanofibers that enhance recognition by the avidin protein receptor relative to similar nanostructures formed by linear peptide analogues. Biotin-avidin binding to the supramolecular nanofibers was characterized by measurement of fluorescence from nanofibers incubated with chromophore-conjugated avidin.

An important challenge in regenerative medicine is the design of suitable bioactive scaffold materials that can act as artificial extracellular matrices. We reported previously on a family of peptide-amphiphile (PA) molecules that self-assemble into high-aspect ratio nanofibers under physiological conditions, and can display bioactive peptide epitopes along each nanofiber’s periphery. One type of PA displays its epitope at a branched site using a lysine dendron, a molecular feature that improves epitope availability on the nanofiber surface. In this work, we describe the application of these branched PA (b-PA) systems as self-assembling coatings for fiber-bonded poly(glycolic acid) scaffolds. b-PAs bearing variations of the RGDS adhesion epitope from fibronectin were shown by elemental analysis to coat repeatably onto fiber scaffolds. The retention of supramolecular organization after coating on the scaffold was demonstrated through spectroscopic identification of beta-sheet structures and the close association of hydrophobic tails in a model pyrene-containing PA system. Primary human bladder smooth muscle cells demonstrated greater initial adhesion to b-PA-functionalized scaffolds than to bare scaffolds or to those coated with linear PAs. This strategy of molecular design and coating may have potential application in bladder tissue regeneration.